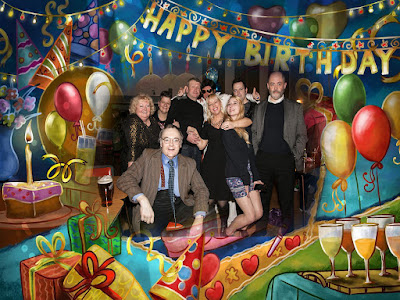 It is with sadness that I have to announce that Anthony David Jones (Tony DJ) departed this life on Saturday 15th September 2018 following a long illness. Anthony, known as David to his friends was once a regular poster to this site and he will be sadly be missed by all. He was a courageous fighter, a patriot and above all a true gentleman. Rest In Peace David. TC
Posted by Tameside Citizen at 18:31 No comments:

They're not laughing now


This video compilation is pure gold. I love the clip starting at 1:48, oh how they laughed at that lady - but they won't be laughing now 😂

It just goes to show how that in the United States, just as over here, that the opinions of those from the world of celebrity, politics and the mainstream media are completely out of touch with reality - magnificent and long may it continue.
Posted by Tameside Citizen at 20:10 32 comments:

Population of Britain is set to overtake France within 13 years 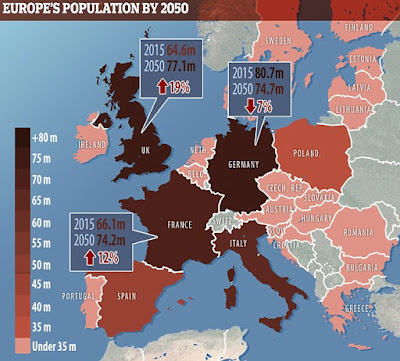 Britain's population is set to overtake that of France within 13 years because of the impact of high immigration, EU estimates have said.

Numbers of people living here will top French levels in 2030 and will keep rising to make Britain the most populous country in Europe by 2050, they predicted.

The key reason why the British population is going up so quickly compared to that of neighbouring countries is immigration, according to the projections from Eurostat.

Without high rates of immigration, they said, numbers in Britain would remain lower than those in France for half a century and longer.

But by 2050 the UK's population is predicted to be 77.1million, ahead of 74.7million in Germany and 74.2million in France. Full article here

And there it is, our legacy to future generations. A relatively small country with a vast teeming population consisting of different ethnicity's and religions all vying for their place at the top of the tree.

What a vision of total hell for future generations of Britons. Kiss goodbye to the countryside and open spaces, the future is concrete, tarmac, glass and steel.

I have had an interest in politics for many years and never, not once have I heard a Labour or Conservative politician say that a vote for them is a vote for mass immigration. They talk of better schools, better hospitals, more prosperity etc etc etc but never did I hear them say vote for us and we fill the country to bursting point with immigrants, yet it has happened and both are as guilty as each other when it comes to fooling and ultimately betraying the electorate.

As a simple soul I view the Labour Party approach to immigration as ideological and the Conservative approach as economic. The Labour Party attitude to immigration is pretty well covered in this article in the Telegraph and the Conservatives know that to keep the wheels of unbridled Capitalism turning requires a never ending flow of cheap and easily exploitable labour.

I have had my life and I do not feel sorry for myself in any way, but I do feel guilt ridden that this demographic catastrophe which will bring so much torment to future generations has happened on my watch. King Canute demonstrated that he could not stop the waves, some foresighted people here tried to stop waves of a different type and just like Canute they failed and now we and future generations are going to reap what we have allowed to be sown.

Should it all go horribly wrong, those with Pakistani ancestry can leave and return to their ancestral homeland as can Botswanans, Greeks and all other immigrants to this once green and pleasant land, but as for future generations of native Brits, they have nowhere to go and that is why I weep them. Tameside Citizen
Posted by Tameside Citizen at 19:02 15 comments: 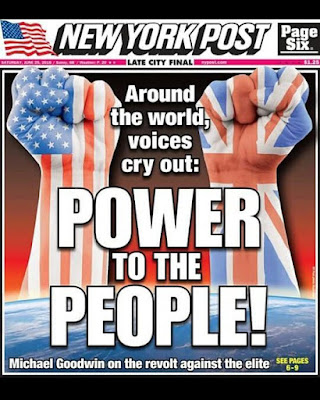 2016, the year the taken for granted and ignored made their voices heard and their displeasure known.

What a magnificent sight it was to see the treacherous political elite and their truth distorting co-conspirators in the media go into complete meltdown when ordinary people on both sides of the Atlantic done the unthinkable and actually thought outside the box and in large enough numbers to bring about real change.

The Elite have been stunned by the two monumental events (Brexit and Trump) of 2016 and now they are in damage limitation mode. They will do everything in their power to keep their globalist agenda on track but the world changed in 2016. Judging from the events of this year nobody can guess what 2017 will be bring but one thing is guaranteed: It will be an exciting journey so hold tight and enjoy the ride. 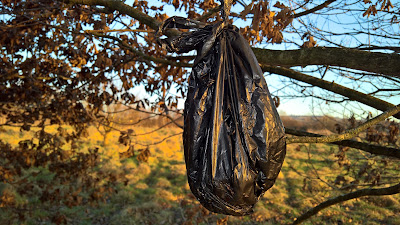 Age brings wisdom, or so they say, but in my case it also brings grumpiness. One thing, one of the many things, which makes me frown when I am out and about enjoying the great outdoors is inconsiderate dog owners. Dog owners who go to the trouble of bagging the mess left by their dogs, but then instead of disposing of it by placing it in a bin. they either leave it on the ground or worse, hang it from trees as if it some kind of religious offering. These people are disgusting and I have yet to catch anyone actually doing it, but should I ever do so I will make them aware that what they are doing is not only disgusting, but also inconsiderate and plain wrong.
Posted by Tameside Citizen at 17:29 3 comments:

Merry Christmas to all Tameside residents

Posted by Tameside Citizen at 20:26 2 comments: 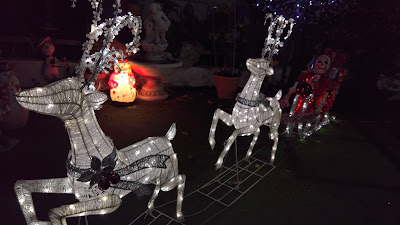 I was admiring this Christmas display in Denton while walking the dog, but when I took a look at Santa, I thought to myself, wow, has he lost weight! (Click image to enlarge)
Posted by Tameside Citizen at 17:45 5 comments:

Well done Brian. Without folk like you the world would be a poorer place.
Posted by Tameside Citizen at 20:14 6 comments: 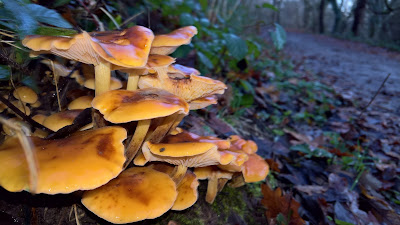 While walking the dog today I came across these mushrooms. They look edible and I could imagine frying them up with broccoli and oyster sauce in a wok but there is a possibility they might be poisonous. Does anyone have any idea what type of mushroom they are and if so are they poisonous?
Posted by Tameside Citizen at 20:38 3 comments:

The Great Leader (of TMBC) speaks some sense in this video. I do not understand why the Green Party oppose it, for should it, albeit now highly unlikely, be approved it would bring huge investment and leave a wonderful legacy for the borough of Tameside.
Posted by Tameside Citizen at 19:06 1 comment:

Should Green Belt be preserved for future generations or built over?

Sites and Blogs of Interest

Got a story to tell? 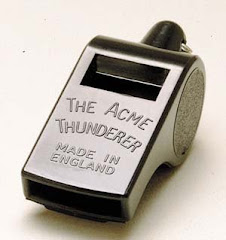